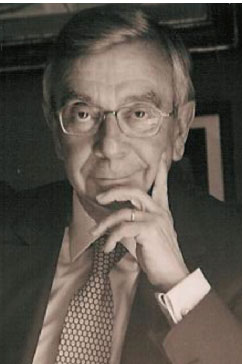 Mr. Rafael Ansón is a Doctor in Law and he has a degree in Psychology and Journalism. During the first government of Adolfo Suarez from year 1976 to year 1978 he was the general manager of the Spanish public television and radio as well as the advisor to the president Suarez from 1979 to 1981. He was the founder of the Academy of Sciences and Arts of the Spanish television.

In the field of Public Relations, he was Director of Public Relations of the Prime Minister’s Office and Director of the campaigns of Democratic Center Union between 1977 and 1979. He has also been the communications Adviser for some of the most important Spanish companies and various institutions and entities. He was the founder and General Secretary of the Foundation of Sociological Studies (FUNDES) created by Julian Marias. He was also the founder and General Secretary of the Spanish Nutrition Foundation (FEN). 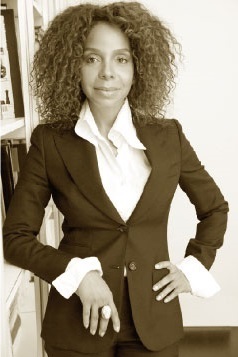 Ms. Haynes was born in Guyana and moved to the United States in 1975. After attending the Fashion Institute of Technology, she began her career in retail at Barneys New York, at its flagship store on Madison Avenue where she managed the designer floor. She met Domenico Dolce and Stefano Gabbana of Dolce & Gabbana there, when the two paid an incognito visit. The result was an offer to open the first Dolce & Gabbana boutique in America Shortly thereafter. Ms. Haynes was promoted to director of stores in North America; a position she held for eight years and began splitting her time between NYC, Milan Italy, where she worked with the company’s chairman and CEO on specific strategies for Dolce & Gabbana's retail expansion.

In 2003, she became the senior vice president for retail at the luxury fashion house Valentino, where she was responsible for the return on investment for all Valentino boutiques, as well as the direct supervision of their day-to-day operations, strategic planning and sales growth. She was also responsible for opening new stores and in 2007 was given the task of refining Valentino’s retail strategy for Japan. Ms. Haynes’s career as an executive leader flourished at Valentino, where she was also valued for her ability to impact the clients’ personal style. One of her earliest celebrity clients was none other than Jacqueline Kennedy Onassis, who remained one of her regular clients until her passing. Some of her other clients included Madonna, Mary J. Blige, Jennifer Lopez, Steven Spielberg, and Denzel Washington, whom she has dressed for numerous movie premieres as well as his role as Brutus in Shakespeare’s Julius Caesar, which premiered on Broadway in 2005 and for which June received styling credit. Her impeccable personal style has made her an arbiter of fashion and a frequent subject of the legendary New York Times on-the-street fashion gallerygrapher Bill Cunningham. She’s also been featured in Oprah Winfrey’s O magazine for her style tips and has been the subject of style coverage in among other publications, such as Harper’s Bazaar, Marie-Claire and Essence magazine. Additionally, she was honored along with Russell Simmons, Ahmet Ertegun and Lorraine Bracco with the Tinseltown to Gotham Award, which celebrates those who have encouraged diversity in the world of music, film, radio, television and fashion. She has been on panels at the Fashion Institute of Technology for Black History Month and was a presenter in both 2010 and 2011 for the WGSN Global Fashion Awards, which honor fashion’s most innovative and inspirational businesses and individuals. Her dynamic personal style and magnetism make her an in-demand speaker on the subject of luxury in the U.S. Mexico and Brazil. She continues to be eagerly sought out for her insights into building successful luxury-retail businesses, capitalizing on fashion-industry trends and refining personal style. She maintains correspondence with and is a mentor to students seeking to enter the fashion industry and is on the board of several charitable organizations.

With more than 25 years as a luxury-retail expert, she has opened the global consulting company, which focuses on retail strategies, customer service, client relations and customer retention for luxury retailers. Ms. Hayne participated in the First Lady Michelle Obama's 1st Fashion Education Workshop at the White House on Oct 8th, 2014. 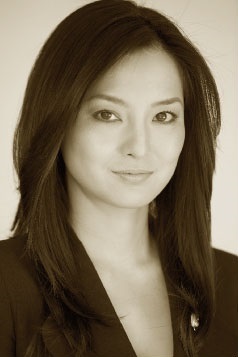 Founder and Principal Film producer, businesswoman and humanitarian Sakiko Yamada formed Los Angeles-based film and television production company Splendent Media in 2010. As a principal she overseas all of the company’s development and production activities, mainly the company’s PR department. She is a member of the prestigious Foreign Correspondents Club of Japan. She is also an executive producer of the company's first project, the Al Pacino-directed feature film Wilde Salome and Wilde Salome which won the Jeager LeCoultre Glory to the Filmmaker Award at the Venice Film Festival in 2011.
Before starting her entertainment industry career, Yamada headed private real estate investment company Land and Land, for which she continues to serve as President and Chief Executive Officer.
For her extensive humanitarian efforts, Yamada was named a Veuve Clicquot Woman of Influence in 2010. She is the youngest Advisory Board Member for St. Vincent’s Meals on Wheels Los Angeles, one of the country’s largest privately-funded charity organizations that provide meals for over 4,000 homebound seniors and other vulnerable residents across Los Angeles County every day.
She also serves as a committee member and protocol consultant for various charity events hosted by Sir Richard Branson and his mother Eve Branson in conjunction with Virgin Unite, the entrepreneurial foundation of the Virgin Group. In addition, Yamada is a member of the Board of Governors of the Japan America Society of Southern California, a non-profit educational organization founded in 1909 to build economic, cultural, governmental and personal relationships between the people of Japan and America.
In addition, as a Founding Board Member of the International Academy of Gastronomy, U.S. West Chapter, Sakiko promotes the safeguarding and development of regional and national cultures and their culinary heritage with Unite Nation (FAO). In 2011 she was appointed to serve as founding President of the International Academy of Gastronomy of Japan, the first official Academy in all of Asia. Academy of Gastronomy now serve for Prime Minister’s office project Cool Japan. She is also a member for the Culture Vision Japan which was formed for the Tokyo Olympic 2020. She has promised Japan as an official Advisor for Miss International. She was the panelist for the "The Power of Inclusion” opened by U.S. Ambassador to Japan, Ms.Caroline Kennedy.
Yamada was born and raised in Tokyo, where she graduated from University of the Sacred Heart and lives in Tokyo and Los Angeles. She is certified as a Protocol Officer by the Protocol School of Washington® .